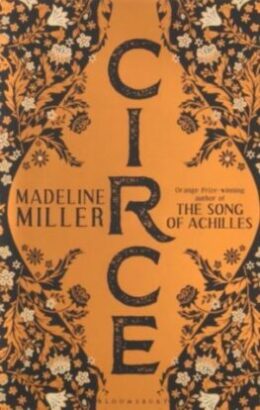 Written by Madeline Miller, Circe is the daughter of a sea nymph and a Titan sun god Helios. She is described as neither like her mother, nor her father; beautiful and powerful. She was a strange child, with a strange sounding voice. I took an immediate liking to Circe, because unlike her own divine family, she is kind and caring. However, this allows her to be easily mistreated and taken advantage of. When she discovers that she possesses a power of witchcraft, her journey of transformation slowly begins. When she is banished to a deserted island, she begins honing her occult craft and becomes a powerful deity.

Famous figures like Minotaur and Odysseus weave in and out, contributing to the book’s episodic nature, and giving readers free lessons about Greek gods and goddesses. What is so great about Circe, it is easy to read, and is written in a manner that would appeal to readers with no knowledge of ancient Greek mythology. It is a real page-turner and kept me in a dream-like trance, only to release me when I finished the book.

I highly recommend this book to anybody who wants to absorb themselves wholly inside an epic story. Circe is a story of a woman in a man’s world and how she overcomes various adversities through her own power, strength and experience. It’s an ancient lore that fits relevantly into modern times.