The world of TEDx is programmed to bring people together to network, share ideas and participate in discussion. The TEDx conferences share familiar informal environment and decorum, but each one of them is unique. On Friday 22nd June 2012, Houses of Parliament set up their first ever TEDx conference. The theme for the conference was democracy. With 22 speakers from all over the world, the conference attracted over 400 TEDx’ers. Set inside a dramatically beautiful building, it gave the conference a feel of historical importance. The Banqueting House is part of the Historic Royal Palaces collection and is the site of the execution of Charles I. The conference took place in the Banqueting Hall, which is extremely unique with Ruben’s ceiling, which is a marvel to look at. The Library room upstairs is equally jaw-dropping. It is a circular room with balcony going around it and lots of shelves filled with old books. It is beautiful, like something out of the Harry Potter movies. It became the place where I spent my time filling up goodie bags with the volunteer team, assisting the speakers and flattening empty boxes.

The TEDx conferences enjoys upholding a democratic set up in which speakers are given the flexibility to relate the theme to their line of work or passion and most of the speakers at the Houses of Parliament gave a unique perspective on democracy with the aide of their profession. Everyone who is at TEDx conference gets to wear a lanyard with tag that has their name and their profession written on it and is a perfect way to break the ice when networking with other people. TEDx isn’t exclusive to a particular group of people but rather, it is exclusive to those who share the TED values. So the kinds of people who come to these conferences belong to varying age groups and professions. They all have one thing in common; an interest in discussion.

As any volunteer would tell you, volunteering at a TEDx conference is physically demanding with long hours. The vastness of the building meant travelling from one end to another, and going up and down two flights of stairs was exhausting. At one point, our team were looking for two speakers who went missing and we searched exhaustively all over the place until we found them. However, I found every part of my experience satisfying, from working closely with the speakers to making friends with the volunteer team who would be added to my world of TED. Even though I didn’t get a chance to be in the hall, listening to the talks, I was able to catch some of them on the big screens in other rooms where I was. I managed to catch a full Rory Stewart talk. He is a British MP and an impressive speaker.

I had an opportunity to observe other speakers closely before their talks. My fellow volunteer and new friend Ria and I got stopped by Emily Kasriel who wanted to practise her speech and timing on us. We couldn’t find a spare room, so we listened to her wonderful speech in one corner. Her talk reminded me of Sherry Turkle’s talk at TED. Then there was the brilliant Naomi Colvin who was visibly nervous and spent her time in the small room going over her speech. No amount of encouragement could soothe her. Later, I heard that her speech went over the allotted time, delaying other speakers after her. Margaret Couvillon was also nervous, but as soon as she got on the stage, she was great. I also met Philippe Sands, an international lawyer and author. After Rory Stewart, I was looking forward to his talk. I got an opportunity to guide him into the hall. As we walked, I spoke to him briefly about his books and he asked what I did for a living and what sort of writer I was. He left as soon as he delivered his talk.

I also met Eva Kaili, Greece’s youngest Member of Parliament. She is the sister of one of the volunteers and my new friend, Mantalena. Both sisters were lovely and down to earth. I was actually looking forward to hearing her talk but unfortunately the 60 member choir group whom I was looking after in the Library room had requested to turn off the sound from the screen so they can practise their singing. I hope to catch up with all of the talks when it gets published online. I also had a chance to meet one of the TEDx organisers from India, Yashraj Akashi. Yashraj is the second TEDx organiser from abroad that I have met this year. Earlier this year, I met Bassem El-Hady from Egypt.

The conference came to end around 7.30pm and attendees were directed towards the Houses of Parliament, where canapés and drinks awaited them. Set against a fantastic view of the Thames River, my fellow volunteers and I watched the sun set peacefully as we vowed to stay in touch on facebook. I came back home feeling thoroughly exhausted and inspired.

Here are some of the pictures I took at the conference. 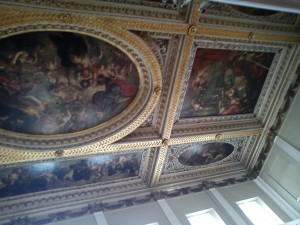 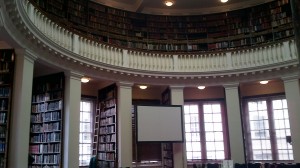 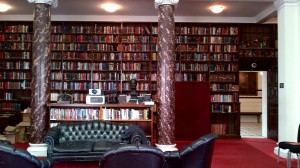 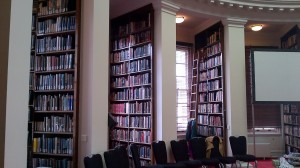