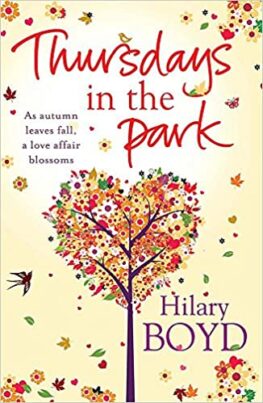 Thursdays in the park is a story of a 60-year-old Jeannie, who has been married to George for eons. Jeannie lives in London and owns a shop that she’s proud of. To the outside world, their marriage seems perfect. As retirement approaches, both George and Jeannie have different ideas. He wants to sell their home and move down to Somerset. Jeannie is reluctant to sell her shop and move away from her life in London. In private, their marriage is not perfect. 10 years ago, George decided to sleep in a separate bedroom, a move that has left Jeannie confused. As George becomes fixated with moving to Somerset, he begins to emotionally manipulate her, which is encouraged by their grown-up daughter. As a subservient wife and mother, she often bites her tongue and says nothing.

As her marriage defragments, she meets Ray one Thursday in a park. In a predictable manner, their friendship blossoms into something more. Ray is the opposite of George. Ray is attentive and is a good listener. He is divorced, and like Jeannie, is a grandparent. Eventually Jeannie realises that the person she’s married to is not somebody she wish to spend the rest of her life with. But as George reveals his painful secret that he has kept from Jeannie and the very secret that has shaped George into the person he has become, will this be enough for Jeannie to stick by him? Hilary Boyd navigates the conversation between Jeannie and George realistically and with sensitivity.

It is definitely a good read and Hilary Boyd does a great job of creating a lead character whom older readers can relate to, and younger readers can empathise with.