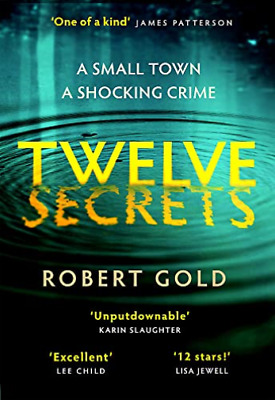 A well-executed crime thriller that kept me guessing till the end. The book started off slow, building up a steady momentum, and towards the end, I found myself unable to put the book down. I consider myself an armchair detective and this was one book whose twist I did not see coming.

The story follows a young investigative journalist, Ben Harper who is writing a personal piece on his mother’s suicide. His brother was murdered some twenty years ago by a couple of school girls. When one of the girls is found murdered, Ben begins to investigate. He learns about a connection between all three and as readers we learn about the folks in his hometown harbouring secrets of their own. Their secrets are like pieces of a jigsaw puzzle, all coming together to conclude Harper family’s murder/suicide. He gets help from a police officer called Dani Cash who sympathises with him and helps him in his investigation.

This is Robert Gold’s debut novel, and I am incredibly impressed by his skill as a writer. He manages a multi-layered storyline and bringing it to together to execute a satisfying ending. In an exclusive interview with Little, Brown Robert Gold has revealed he will be writing a second book with Ben Harper and Dani Cash. This time, it will be about Dani learning about her family’s past. I cannot wait!