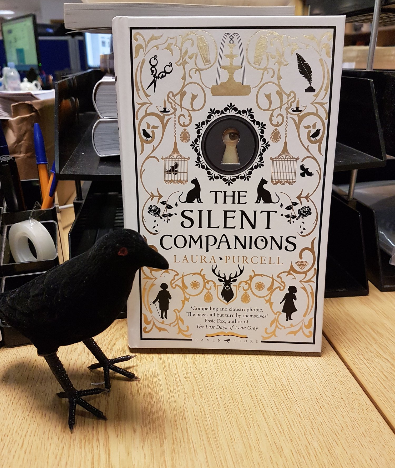 I have to hand it to Laura Purcell for making me invest my interest in the characters. Laura didn’t rush with her characters; instead allowed time to slowly unpeel layers of their personas. She allowed enough mystery at the beginning without turning off readers’ interest and as the story progressed, I learnt bit by bit about the characters and the mysteries that shrouded them.

While Elsie is the main character in the novel, I found Anne to be another main character for her part and link to The Bridge in the 17th Century. Both women are so different yet so connected to the Bridge mystery. Elsie’s initial reluctance to believe in the supernatural and Anne’s belief in the supernatural made a brilliant prospect of duality between light and dark. While Elsie was shrouded with a dark past, she was innocent and did not deserve to end up where she did. Whereas Anne had goodness in her but ultimately she recognised her dallying with dark magic resulted in a horrifying end for her.

I felt that Jolyon, Elsie’s brother (or is he?) and Josiah to have similar trait in terms of their love for their sister and wife, but ultimately letting them down through their own error of disbelief. Letting these women down, resulted not just in sealing Elsie and Anne’s fates, but their own as well.

Sarah was an interesting character – she was a kind of refreshing personality that was like a beacon of hope throughout the story – but towards the end, her change chilled me to my very core. When I finally put the book down, it was gone past midnight and I had to sleep with a dim light. I was THAT scared!

It had all the trappings of the gothic horror; without being overdone. The language, the setting and even the dialogue – gave the air of mystery and suspense. Each chapter ended with an urge to immediately start the next chapter. From the description of the crumbling mansion that is said to be cursed, to the Silent Companions was terrifying, deliciously creepy and in some parts, it made my skin crawl. Laura’s description of the Bridge made it possible for me to imagine I was there with Elsie and Sarah. It enabled me to visualise what each room looked like. Her use of language showed her incredible research on how people of different social status talked and behaved in those eras.

Yet with all of this, Laura wrote with a style that didn’t overcomplicate or under simplify. She kept the momentum going like a metronome, that reminded me where I was and the ticking time bomb that I felt as I got closer to knowing the truth of what happened at the Bridge.  As the story progressed, the elements became insidiously dark and chilling. It was as if the momentum was building up towards the end, only to say Boo! at the end. That made me jump.

Who will this appeal to….?

It will appeal to any book lover who wants something different to curl up to on a sofa and stay away from the wintry outdoors. It will most definitely appeal to gothic fiction fans, especially those who enjoyed Woman in Black or Dracula. It will also appeal to those wishing to read a good spine chiller this Halloween or this winter – after all…we have a long winter ahead of us.

I highly recommend this book and a word of warning – don’t read it late at night!