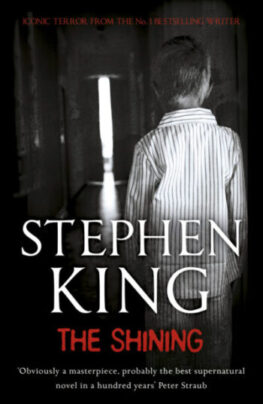 If you like your book extra frightening, then this book is for you.

Long story short….
A hotel caretaker becomes possessed by the evil forces in the hotel, who use him to get through to his five- year old son Danny, who has a special gift called the shining. The shining refers to an ability to see supernatural forces. Possessing Danny would give the hotel more energy and power. Locked and snowed away inside the hotel, the book uses Danny and Jack’s point of views to navigate this mysteriously creepy hotel.

The next part is filled with spoilers and so, if you haven’t read the book, please leave this page.

What I love about this book is how Stephen King creates a protagonist, only to turn him into an antagonist less than halfway through the book. Jack Torrance starts off as a man struggling to be a good husband and father. This is further illustrated in the way Danny adores Jack and knows that deep down his father is a good guy.

Jack suffers from his own demons. His relationship with his deceased father shows that his temper is a product of the environment he was brought up in. Though he is sober now, alcoholism ran in his family, with his father being a violent alcoholic. He desperately believes being isolated from the world would bring his fragile family unit together and help him complete his play. Ironically, he becomes isolated from his own family and his writing.

Like Danny, Jack begins noticing paranormal activities happening at the Overlook hotel. It is Jack who succumbs quickly to the hotel. Jack soon descends into madness, which sees him go from being a protagonist to an antagonist. His mental breakdown takes a dangerous turn which alludes to hotel now fully possessing him. It seems that there is no way for Jack to come back from this. But then Stephen King does something spectacular. Even in his possessed state, there is a fleeting moment of redemption where Jack tells Danny he loves him very much and warns him to run away. Then Jack burns down the hotel.

In the last pages of the book, Danny remembers Jack fondly. With an ability to read minds, Danny knows Jack was not inherently evil, but simply a troubled man.

For any budding writers, this book provides great references on how to create an impressive horror fiction.