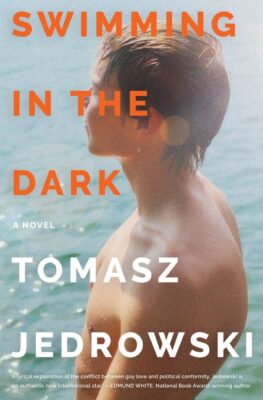 This is a heartrending tale of first love set in the Communist Poland during the early 80s. Ludwik and Janusz meet in a summer camp, develop a connection with each other. Under a Communist and Catholic society, where the idea of a romantic relationship between the two young men is unacceptable, they keep their relationship a secret and under wraps. Once they are back in the city, they soon realise the political differences they share begins to affect their personal lives.

Seeing the reality of economic disparity in the country, where meat prices have gone up and ordinary people like his land lady cannot get a doctor’s appointment, Ludwik is critical of the government. Janusz on the other hand, rises within the political ranks and forms good connections with important people. Ludwik wants to leave Poland and go West, where they can be free, but Janusz does not. Janusz believes if they keep their heads down, continue to keep their lives private, they can lead a good life in Poland. Ludwick begins to see Janusz in a different light. Seeing Janusz with people that Ludwik would not normally socialise with, makes him realise that situation for both Janusz and Ludwik have changed.  They are no longer the two people who once bonded over Giovanni’s room, but two people who now want different lives.

While this book is written from Ludwik’s point of view, the void for Janusz’s own narrative is not lost. Through his communication with Ludwik and his actions, we can somehow understand his circumstances. Sometimes, two people in love can have very different ideas, especially in a society that cannot accept them for who they are.

Eloquently written, full of sensitivity and yearning, Tomasz Jedrowski has created a debut novel worth reading. He not only created a love story, but also gives us glimpses of economic and class divide in Poland in the early 80s. We see the differences in the kind of food Ludwik eats with his land lady, with the food he eats with Janusz’s rich friends, Hania and her brother, Maksio. Ordinary people have to queue up for hours to purchase food or to see a doctor, as Ludwik does. Then with a fortune of having a connection with an important person, Janusz gets a doctor’s appoinment for Ludwik’s land lady. There is also a contrast in the countryside experience for Ludwik. When Ludwik and Janusz explore the countryside, they stay with local people, eating simple food. Whereas a trip to the countryside with Hania and Maksio provides a different experience of luxury. By showing us these contrasting experiences, author shows a disconnect in the class system, in the way ordinary people and rich people live and behave.

It’s not often a fictional character makes an impact on me, but Ludwik Głowacki is up there now, on the list of most cherished fictional characters I care about. I wish this wasn’t a short novel, but it ended on a rightful note. It feels like a memoir and when that chapter of his life ended, so did the book.