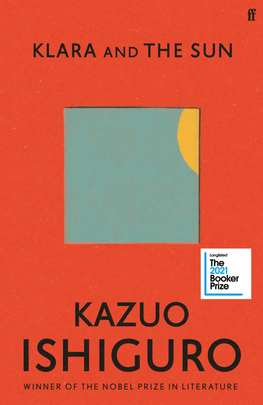 Set in a dystopian future, somewhere in the United States, we first meet Klara in a shop, where she lives. She is an AI, waiting to be bought by a customer and is a narrator for this story. We see the world through her eyes and learn insightful information from her. She believes the sun is the source of nourishment for life. Through the shop window, where she observes the outside life, she initially thought a beggar and his dog had died in the street, and when they finally get up, she believes the sunrays had saved them. This belief continues throughout the novel, where Klara seeks out the sun for help.

The shop manager is the first human we come across, who is gentle and motherly towards Klara and other AIs. While Klara is intelligent, she has limited knowledge concerning the outside world, and we see her describing things using simple words. Her limited knowledge adds a certain innocence to her. It is also evident that she serves to be dutiful and subservient to her human owners. When Josie and her mother come to the shop, they purchase her, and she is happy. She soon realises Josie is sick. She notices the sun from Josie’s bedroom window and seeks him out. She ask him to help Josie get better and that she would sacrifice herself in the process.

As this is set in a dystopian society, we learn that this is the world where science can transcend death and people can choose how they want their loved ones to live on. Klara learns that Josie’s mother wants Klara to become Josie, in mannerisms and style if and when Josie passes away. In Josie’s mother’s case, she wants her daughter’s life to live on through Klara. Dutiful as ever, Klara does not question this absurdity, and rather, she accepts this. However, she is determined that she has a way to make Josie better with the sun’s help.

When she does sacrifice a part of her, and Josie gets better, Klara is happy. She believes that the sun had helped her, and she is grateful for his nourishment. It is interesting to see how an AI connects the sun’s presence with making the world a better place and therefore is an entity to appeal to. The sun, in Klara’s world, seem to possess a God like status, even if Klara doesn’t understand the subject of religion. After her sacrifice, which she keeps from Josie, she notices a glitch in her system. She’s not so quick in recognising faces and objects anymore. Nobody notices this and whether this is noticed by Josie and her mother later, we are not informed. A few years later, Josie is much older and heads off to college. She tells Klara that it had been nice having her around and Klara immediately understands that this is the last time she sees Josie.

In the final part of the novel, Klara is now sent to the Yard, which is a place for discarded items and AIs. There, she meets her store manager, who ask Klara about her time with Josie and whether it had been a happy one. Klara says it was a happy one and that she feels she had done her duty by Josie. Klara is content to be at the Yard, where she surrounds herself with memories from the past. She is forever grateful for the sun in his part for helping Josie get better. The manager tells Klara that she liked her, and she was the most insightful ones from all the AIs she had in the shop. As a reader, it immediately gave me hope for Klara’s future away from this scrapyard. In the near distance, the manager notices the construction crane and bids her goodbye. I felt disappointed that the manager chose to leave Klara there. Despite the kindness she showed Klara and other AIs in the shop, both AIs and humans know that at the end of the day their lifecycle ends at the scrapyard.

What I loved about this novel is that Klara an AI had more heart than the humans she was surrounded by. She sacrificed a part of her to save Josie’s life and was then rewarded by being sent off to the scrapyard after she was no longer needed. It made me feel sad that she was treated this way and even more sad that Klara didn’t seem to mind this. It was in her genetic makeup to perhaps accept this. It showed humans can be heartless and chaotically self-absorbed.

It is written in a simple style, yet packs a powerful emotional punch, that leaves a reader with a provoking afterthought after finishing the book. It stayed in my mind, long after I finish reading it.