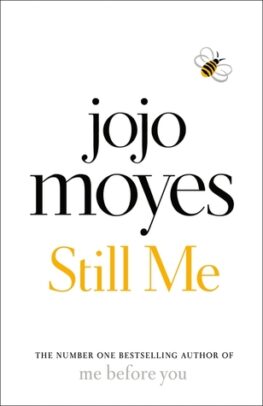 It was after all, a story of Lou Clark, even though Will Traynor featured largely at the core of it. In the first book, she was very much the passenger in the journey, being the subservient girlfriend to Patrick. In the second book, she was a train wreck, dealing with the aftermath of Will’s death. In the final book, she eventually emerged as the driver, emboldened by Will’s words, to live boldly.

Lou Clark went from being this inexperienced and highly lovable girl with a kooky sense of fashion to becoming the sort of girl boss that we had finally rooted for in the final segment of this trilogy. It seemed that Lou had finally understood Will’s letter to her – to live her life and follow her dreams.

Will Traynor taught Lou Clark to step outside of her comfort zone and take on adventures that would have been deemed as impossible a few years ago. We all have a Will Traynor in our lives, whether it was a teacher who encouraged us to do well in school, a friend who believed in us, or a great love of our lives who told us to not be afraid of taking risks. Or even a stranger on holiday who shared with us a perspective that still rings true even after so many years. Lou Clark could be any one of us, who has dreams but knowing that we need to start saying yes to possibilities and risks that seem scary at first.

When Lou takes on a job in New York, I am rooting for her and most of all, for the Gopniks to fall in love with her the way we and Will did. However, Lou suffers from betrayal and at one point I thought she would pack it all in and leave New York. As anybody would do when life kicks them in the teeth and knock them sideways. But Lou surprises me by sticking around and making it work. It is through navigating her newfound situation in New York and making an unlikely ally, that Lou finally shines and comes out on her own. She finally realises that she doesn’t need to be the passenger in her own journey and that if somebody else like Sam wants to be in her life, they will need to join her and not the other way around.

So Jojo Moyes leaves us in the end with Lou who is finally where she needs to be. Just as Will had instructed her in the last chapter of Me Before You, she has truly come to a full circle.