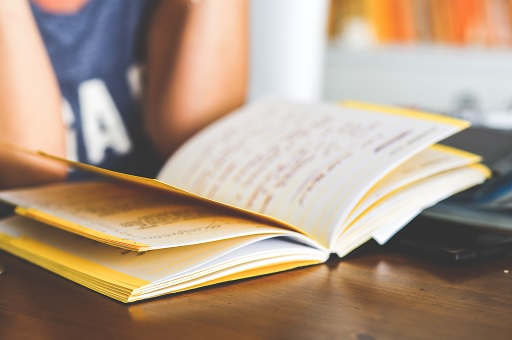 As a History undergraduate, I used to attend those dreadful group seminars. Our tutor would force us to sit around in a circle like members of the cult. It was certainly unavoidable as we were sometimes marked on our interaction in those seminars. I learned these group seminars allowed the most vocally assertive individuals to speak up a lot. Those who were introverts, only spoke unless approached. Marks were not given to those who didn’t speak in the seminar, despite their wonderful academic performance.

There was a given assumption that those who didn’t speak were shy. This is far from the truth, as introverts generally are not shy people. Introverts respond to stimulation rather differently from extroverts. An open group seminar was an uncomfortable setting for them. These group seminars polarised the class, alienating those who were less vocally assertive. This was in the last decade (the noughties) and the world hasn’t changed much since.

If we take a look at the schools (pre to secondary), most schools are adapted to educate the extroverted majority. In a typical classroom, you’d find teachers demanding quick thinking answers and encouraging group sessions. Such a fast-paced environment would suit the extrovert children who enjoy the challenges provided by a changing and competitive environment. For introverts, this can be overwhelming for them. Introvert children require a much slow paced environment that gives them space to mentally absorb and understand the activities.

Teachers should play an important role by learning to identify the needs of different children in their class, simply by recognising who are introverts and who are extroverts. Lessons need to be tailor-made in order to ensure all children are adapting to the same lesson plan in methods that suit them best. This doesn’t mean introvert children should not be a part of group work anymore, but a teacher should realise that not every activity in class requires a group work. Alone time to work out an activity or groups of twos should also be encouraged.

Teachers need to realise that each child has potential and it all depends on how they are being stimulated in class. Classrooms also need to be intimate and friendly looking by encouraging smaller desk spaces, as opposed to large desk spaces accommodating more than four students per space.

According to the writer of ‘Quiet: The Power of Introverts in a World That Can’t Stop Talking’, Susan Cain, an introvert herself, a third to a half of the world population are introverts; this means one of out of every two or three people we know are introverts. The world has been shaped to accommodate extroverts, much like the schools. We already live in a world where having an outgoing personality is deemed as a positive trait; being peoples’ person accounts for success and those who are vocally expressive get heard first.

We need to teach the next generation who will be leading the world tomorrow that it is okay not to be any of those. As Susan Cain said during her TED talk, there is a zero correlation between being a best talker and having the best ideas. We need to teach children that best ideas don’t necessarily come from being best at communicating. Rather, it comes from being capable of having best ideas. They can create a new world, make future classrooms and future workplaces tailor-made for flexibility; whether they are introverts or extroverts. But it all starts in a classroom and if we change the way we teach our children.