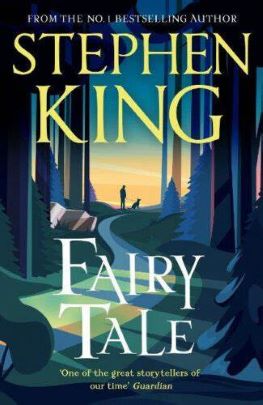 One of the best books I have read this year.

I won’t be giving any major plot away and will keep the spoilers to a minimum. It’s about a seventeen-year-old boy called Charlie Reade, who lives in a modern-day America, with his father. Despite his young age, he appears to be mature and sensible. Due to his trustworthy nature, he befriends an elderly man called Mr Bowditch and his dog, Radar. Mr Bowditch holds a secret, which he later reveals to Charlie via instructions that there is a portal to another world inside his shed in the back garden. He requests Charlie to take Radar to that world and place him on a magical sundial so that Radar can become young again. Charlie does not need any convincing as he is already besotted with Radar.

When Charlie finds the hole inside the shed, he takes the 185 steps journey below the shed and finds a different world there, called the Empis. He meets folks who remind him of fairy tale characters. He learns about what had happened in Empis. He sees the residents inflicted with disfiguring illness called “the gray”. He learns that a royal family was overthrown by a usurper, who is the reason for the illness that has spread across Empis. Soon word gets around that Charlie is the promised Prince to save Empis from the evil usurper. What initially was a quest to find the sundial becomes an even grander quest do a greater good for the people of Empis. Fortunately for Charlie, helping others is part of his nature. He is a good kid, not motivated by any personal selfish means. He comes to learn that this world is grim, dark, and horrifying, and he gradually rises to the occasion to become the princely hero of this fairy tale world.

I liked the references to traditional stories like Jack and the Beanstalk, Rumpelstiltskin, and even modern references like Star Wars. Princess Leah, whom Charlie initially thinks of Princess Leia, reminds me of the galactical princess in terms of her attitude and command. It’s almost 600 pages long and this is a good thing. The story pulls you in straight away from the start and keeps you going. I love the characters, and most especially Radar. Radar reminded me so much of my neighbour’s dog when I was a teenager. I remember how close I was to this dog and the devastation I felt when he passed away. He too was a German Shephard like Radar. This could easily be the boy and his dog story, set in the fantasy/real world. Or a lesson to the readers about the importance of keeping secrets for the greater good. In this case, keeping the existence of this portal secret from those who would seek to exploit it. Or maybe this six feet four inches boy is really Stephen King. It’s not uncommon for authors to project themselves into the characters in their novels. It could be many things. One thing is certain; Fairy Tale does not disappoint.