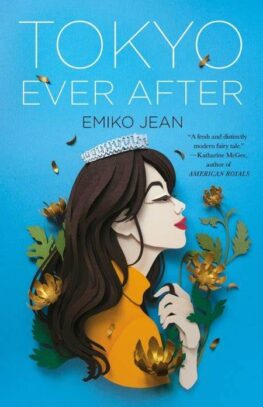 Think Princess Diaries, but instead of fictional Genovia, we are transported to Tokyo. Izumi is an American teenager who finds out her father is the Crown Prince of Japan. She goes to Tokyo to spend a few weeks with him and learns how to be a princess. It is a light-hearted comedy that sees Princess Izumi getting into all sorts of trouble, like accidently insulting the Prime Minister at his wedding!  We are introduced to her royal relatives, especially the shining twins, who don’t particularly warm to her. Then there is the handsome young Imperial guard whose sole job is to be at her side at all times. Not bad for a girl from Mount Shastra.

A wonderful, endearing YA novel from Emiko Jean. I look forward to a sequel, if there is one. I think there should be one. Please let there be one.