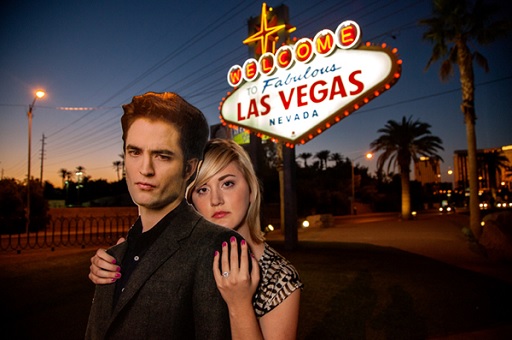 Is it a good idea to marry Edward Cullen?

In the recent news, a student from University of Nevada made bizarre headlines in the media. Laura Adkins announced she was getting married to a cardboard cut-out of Edward Cullen. The media published this news and this was followed by hostile comments from the general public. Some members of the public became rather personal towards her on the social media. Some suggested she must indeed be some fat loser who can’t get a boyfriend in real life and hence has to live in a fantasy world. She is not the only one who has been attacked with personal comments. Other die-hard fans of the Twilight franchise have received similar kind of personal attacks over the years.

Lauren is not really marrying the cardboard cut-out because she is a fan; she is doing this as part of her thesis (Love Overtaking Me) on exploring female fandom. The negative and hostile responses from the newspapers has only strengthened her argument that female fandom is looked down upon and treated with utmost hostility, whereas fandom of other kinds like the Star Wars is treated differently.  She believes this project would generate a debate on the issue of female fandom, linking it with questions about gender identity, and how Hollywood imposes such unrealistic expectations on relationships; such as depicting Edward Cullen as an ideal man. She will be getting “married” on 26th January 2013 and this will be broadcasted live on the web.

We live in a culture where female fandom sometimes blurs the line of obsession. By nature, women tend to be vocal and expressive. When women express their fandom, they are treated with suspicions about their interests. Old school misogyny still exist and treats female fandom as a “girl thing”, not to be taken seriously, but ridiculed. However, certain female fandom such as The Gossip Girl and Grey’s Anatomy is treated with modest acceptance. This explains how attitude depends on the ferocity of female reaction towards their fandom. The obsessiveness of The Twilight Saga fans and the ferocity in which they declare their fandom has understandably yielded a contemptuous reaction from the media and the non-fan base.

What do you think?

So, is fandom a good thing or a bad thing? Or should it depend on the type of fandom? Female fandom can open up a really good debate on obsession and understanding the roots of this obsession. As Lauren pointed out that The Twilight Saga movie franchise has depicted Edward Cullen as an ideal man, could Hollywood be the root of creating this psychological impact on women, both young and old? Though Lauren is crazy for going ahead with this ‘wedding’, I am very intrigued and looking forward to what her thesis presents. I hope she shares her finding with the rest of us. You can find and follow Lauren Adkins here.